Rolling Stones from the Air in Oro-Medonte

On Saturday June 29, The Rolling Stones made their only Canadian stop on the their North American tour. Over 70,000 fans gathered together at Burl’s Creek Event Grounds in Oro-Medonte, Ontario, just outside of Barrie, Ontario. Yes, Eye in the Sky Aerial Photography was there! You might have seen the plane circling high above the concert.

The concert was originally postponed for Mick Jagger’s emergency heart surgery which initially made the event uncertain, but in true rock and roll fashion Mick and the band made a historic appearance over the Canada Day long weekend. Opening bands included Sloan, One Bad Son, The Glorious Sons and The Beaches.

Here are some images of The Rolling Stones captured by Eye in the Sky Photography of the event: 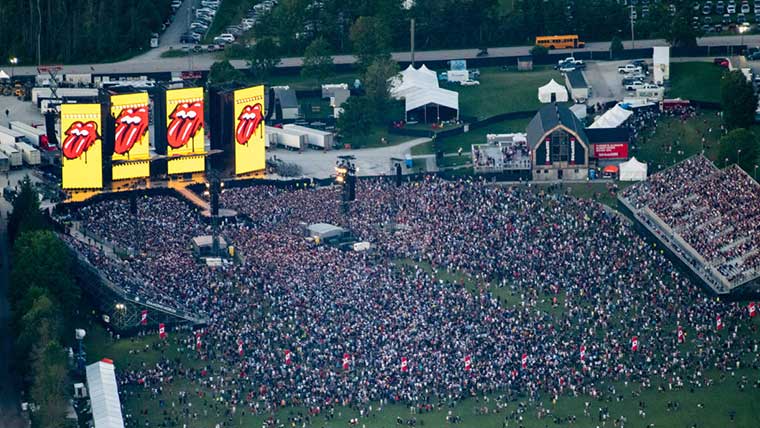 If you are interested in purchasing one of these unique photos of this historic moment, you can browse our galleries here

Barrie From A Birds Eye View

Anyone looking up over the bay last Friday may have noticed a helicopter hovering and rotating at the same time, that was Eye In The Sky Photography getting another perfect 360 degree view of... more»

Sometimes, the best way to advertise your industrial property to prospective customers is through industrial aerial photography. This involves the use of drones to take sky-view images and videos of... more»

What does your business stand to gain with a quality Aerial survey Ontario company? First, you need to note that beyond all the projects you are currently undertaking, your brand has a message that... more»
Click Here To View News Posts